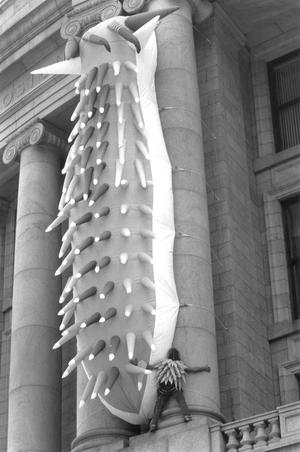 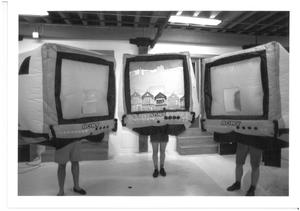 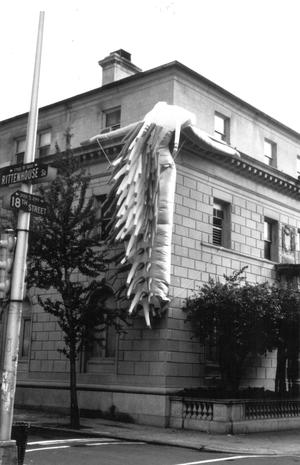 On the making of "nudibranch"

I created nudibranch for the Philadelphia Art Alliance, a forty-foot cold-air inflatable sculpture. I would go on to make many more nudibranchs, (or sea slugs) primarily as an artistic installation to call attention to most delicate of creatures as "tell tales” for the health of their ecosystem. The bleaching of coral ecosystems worldwide was becoming a reality and I looked to these incredibly beautiful creatures as source models to become kinetically sculpture activated by the wind when architecturally installed as part of a multi-year series called “hysterical architectures”. Like hydra, the deep inspiration came from my childhood exposure to “Kaiju” (Japanese science fiction movies like Godzilla that I would watch as a child). By site-specifically placing these ephemeral large-scale sculptures on urban buildings I intended to briefly transform the static nature of the built human environment. Humor is my way to disarm the viewer, and hopefully help them re-assess their physical surroundings, question and smile. My late maternal grandmother was on Richard Nixon’s enemies list for having helped produce Hiroshima/Nagasaki 1945 a seminal short form documentary shot by a Japanese doctor in the immediate aftermath of the bombings showing the traumatic effects of these weapons. This 16mm film was shown all the time in my house growing up as definitive proof of evil. Like Otto Piene’s SKY ART movement, where he had changed the trauma of growing up in Nazi Germany into a peaceful celebration of all things “sky” my interest was less about the human side and steered instead to the non-human impacts.