Judith Barry was a fellow at the MIT Center for Advanced Visual Studies. After her fellowship, she later became a professor and director of the MIT Program in Art, Culture and Technology (ACT), which emerged from CAVS in 2009. Her area of practice utilizes a research – based methodology to explore wide range of topics. Both the form and the content of her work evolve as the research proceeds. She often makes use of installation, in various forms, as a way to combine many of her disparate interests. These immersive environments are based on experiments incorporating architecture, sculpture, performance, theatre, film/video/new media, graphics, and interactivity. Since her first performances in the late 1970’s, Judith Barry has produced unique, habitable, visual environments that are activated by the viewer. Each of her projects aims to provide new ways for engaging conceptually and visually within a space. Emerging from architecture, literary and film theory, and dance, she has translated these disciplines directly into specific physical relations that place the viewer in a dialogue with the content of her research. She constructs a variety of ‘subject positions’ for the viewer to inhabit which function like point-of-view perspectives and allow the viewer to both cohere the meaning of the work by inhabiting the space of the installation, and simultaneously to ascribe a multiplicity of meanings to the experience. 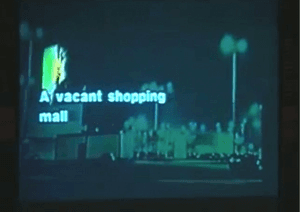